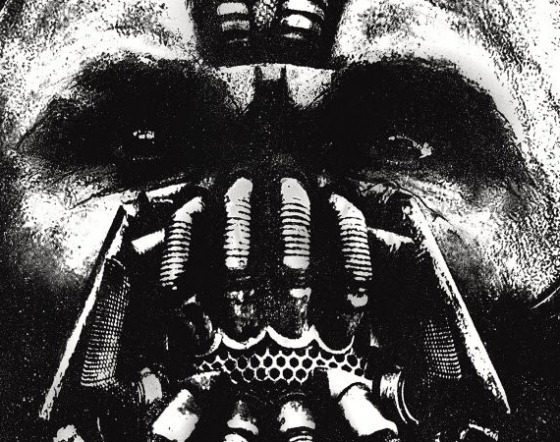 As a friend pointed out to me, there is a darkness surrounding the last two Batman films.  The Dark Knight (Nolan, 2008) had the suicide of Heath Ledger and The Dark Night Rises (Nolan, 2012) with the shooting, of the theater. With this being said there could be many conclusions to be drawn about these two films, but I’ll leave it at that.  My friend also pointed out the leftist reading of this new Batman film being anti-communist.  This could be easily discerned from watching this but I feel it somewhat misses the point.

There are many things I like about this film.  I like how this film takes Batman out of the equation.  There is, for a time in this film, where Batman is not present and the movie works as a crime thriller.  Some may snicker or bicker at this but I feel this is what separates this trilogy. This film trilogy does what other super hero movies are not willing to do.  Neither do these films feel like every other super hero movie either.  I also like Ann Hathaway as Cat-woman.  I was at first very skeptical of her playing Cat-woman, but I was pleasantly surprised at her good acting.  Cat-woman was also written in a clever way.  She is a cunning burglar; she knows when to move or when to hold still.  The acting of Michal Cane playing Alfred had some good moments too. Giving his character some emotional depth, and may bring a tear to your eye.  Last but not least is the I-max footage.  The scenes shot in I-max are so glorious and chosen wisely, well worth paying the extra money to see.

Some of the cons of the movie are a quick beginning, somewhat anti-climatic ending, and how Bane was used.  The beginning of the film was a great scene to watch but jumps the audience in to quick with too many characters.  Then it moves on and does not give the audience time to digest what is going on.  The end of the film was somewhat anti-climatic because one knows the hero always beats the villain.  The final fight between Batman and Bane seemed to be over before is started.

Bane is one of my favorite Batman villains.  I was for the longest time jaded about Bane because of the Batman & Robin (Schumacher, 1997) film, where Bane is a dumb henchman. To the wonderful Poison Ivy played by the also wonderful Uma Thurman.  Not until much later, when I read the Knightfall story did I realize the awesomeness of Bane and what his story is.  The biggest reason Bane does not compare to the Joker is because Bane does not have as much screen time as the Joker did.  Bane does have the presence when he is on screen and some great lines but this film did not explore Bane as well as he could have been.  This is why he is will not be as memorable as the Joker.  I feel Bane still got short changed again, but defiantly a much better alternative to the previous incarnation of Bane.

Like I mentioned before, the final fight between Batman and Bane seemed to be over before it got started.  This is somewhat the same for the first fight between Bane and Batman.  The braking of Batman’s back was not as pronounced as it could have been.  It happened then the film moved on.  When Batman was recovering from his broken back he did not seem as broken as I thought he was supposed to be, or could have been.  It never seemed like Batman really hit rock bottom.  He recovers from his broken back then works out and goes to kick some ass.  The last thing is the death of Marion Cotillard’s character was a little cheesy.

I was impressed how this film tied the other two films and this one together or you could say I was almost dazzled at how it all worked out. With all the pros and cons of the movie I still walked out of the theater with a smile beaming from my face.  I was not sorry or disappoint in purchasing my ticket of this film.  I have enjoyed the other two Batman films and this one no less.

4 thoughts on “The Dark Knight Rises”